When the sun woke us up, we reluctantly packed our bags, paid and got into a taxi to the bus station. We knew it wasn’t going to be a nice journey (six hours on a bus kinda hints at a bad time) but we didn’t realise just how horrific it would in fact be. We hadn’t known you could book tickets in advance, so we ended up in spare seats right at the back of the bus. They were unpopular seats for a reason. The bounce on every bump was amplified, and as we snaked down the Munnar mountainscape it was impossible to see out the front. We both became immediately nauseous. I soon opted to stand between the seats with my eyes glued to the front. It helped. Poor Dan was white as a sheet the whole trip.

When we stopped briefly at the bottom of the Munnar mountain I hopped off the bus to stand on solid ground for a minute. I was beginning to feel better, until a woman close by began vomiting her guts up all over the carpark. I turned green and got back on the bus. The next five hours passed in much the same fashion. Eventually the road flattened out and I could spend some time sitting and looking out the side window as we drove past Kochi, which we’d decided to skip because other travellers had said it was nothing special. We kept moving south, and finally in the late afternoon we arrived at the Alleppey bus station. As we headed in the direction of Eloy (he had dropped a pin for us to follow) we spotted the Kerala backwaters, a tree-lined canal crowded with small boats.

I’d read that the backwaters had seen better days. Over time, the waterways had become less pristine and more crowded. Despite it being peak tourist season, hundreds of boats were moored and empty. The price to hire houseboats had become too expensive, even for rich tourists with cash to burn. Another example of one Indian with an entrepreneurial spirit having his idea hijacked, with disastrous consequences.

We reached our guesthouse on the beach just as the sun was setting over the ocean. We checked in to a neat little room on the second floor (after being assured we were getting a great deal for a room that cost us ₹600 when the usual price was ₹1600). The owner asked us not to tell any of the other guests we’d got such a good deal… I remained unconvinced. 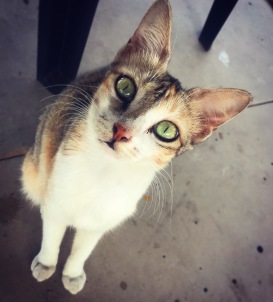 The view out the window was palm trees, sand and water shimmering gold. Not bad at all. We found Eloy with some Aussie tourists on the beach, and after testing the water to find it warmer than anything we’d been showering under, we changed into our swimmers and jumped in. It was great to be in salty water again. The water tasted saltier than the ocean in Australia. Every so often we would swim into a piece of plastic and the sand had a greyish tinge. I felt grateful for living in a country with the world’s greatest beaches. Nevertheless, the swim was lovely and just what we needed after the bus ride from hell.

Our stay in Alleppey was not exactly a culturally rich experience. Mainly we lazed around in hammocks, swam, ate food from the restaurant attached to our accommodation and I updated this recount. Alleppey, like our next stop Varkala, was like the Bali of India. The guests at our hostel wandered around in bikinis, discussed yoga, occasionally did some yoga, smoked weed and drank black-market beer late into the night. I felt guilty for not getting out to sight-see.

On our second night we were moved from our room to a thatched hut literally on the sand of the beach. A big mozzie net over the bed didn’t seem to do much to protect Dan, who got eaten alive overnight. That night we went for a long walk along the beach, and watched crabs scuttle along the sand. We had a goodbye dinner with Eloy. Dan showed us his memorisation trick with a deck of cards. 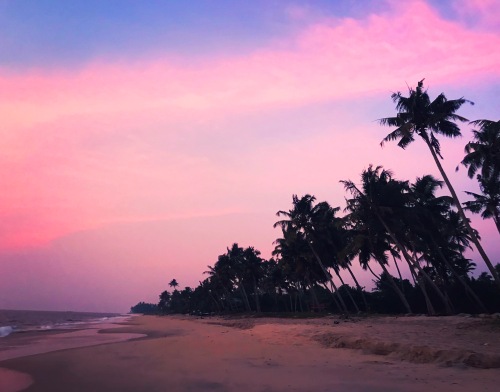